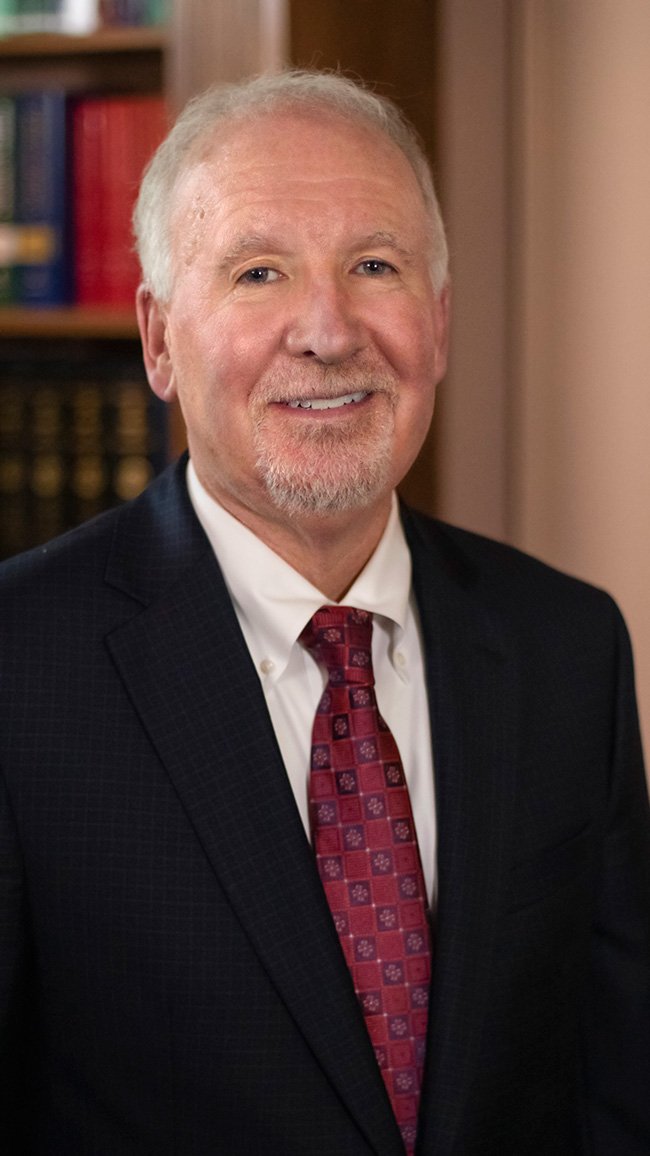 Tim Clancy graduated from the College of William & Mary in 1981 and the Marshall-Wythe School of Law at the College of William & Mary in 1985. From 1985 to 1990, Tim served as an Assistant Commonwealth’s Attorney and was also appointed a Special Assistant United States Attorney. Since 1990, Tim has been in private practice specializing in general litigation with an emphasis in criminal defense and personal injury law. Tim regularly practices in state courts throughout Virginia, as well as the Federal District Court for the Eastern District of Virginia. He has argued multiple cases before the Virginia Court of Appeals, Supreme Court of Virginia, and the United States Court of Appeals for the Fourth Circuit.

He is a former substitute judge for the City of Hampton and is currently a substitute judge for the 9th Circuit. Tim has taught in the Legal Skills program at the Marshall-Wythe School of Law since 2006 and also teaches Trial Advocacy. Tim is an A.V. rated attorney with Martindale Hubbell, as well as a member of Virginia’s Legal Elite as selected by Virginia Business. Tim has served as a frequent lecturer for various organization, to include the Virginia State Bar and the Commonwealth Attorney’s Training Council. 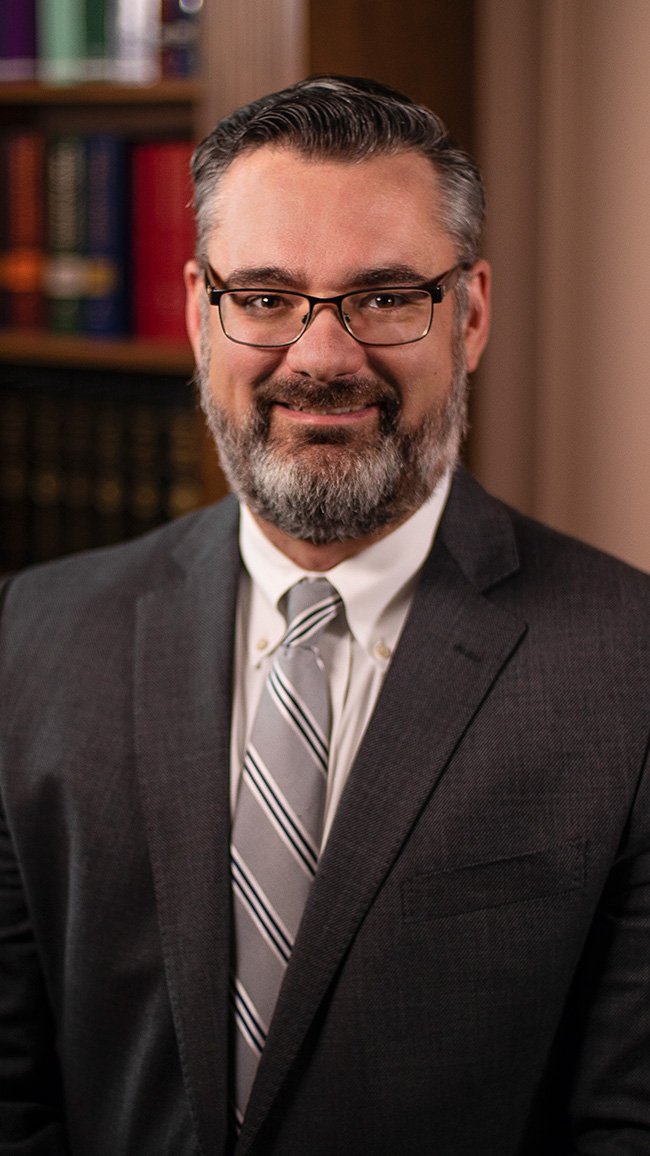 Doug obtained his Bachelor of Arts degree in History from the College of William and Mary in 1995 and his Juris Doctor degree from the Cumberland School of Law of Samford University in 1998.

He was born and raised in Hampton, Virginia, attended Hampton Public Schools, and is still a resident of the city. He began practicing law in Hampton in 1999 as an associate with the law firm of McDermott & Roe, P.C.. He later became a partner with the firm in 2004, the firm being renamed McDermott, Roe & Walter, P.C. and later, in 2009, McDermott & Walter, P.C..

Doug has practiced in all state courts on the Peninsula and South Side. He has argued cases before the Virginia Court of Appeals and the Virginia Supreme Court. He has also handled cases in the United States District Court for the Eastern District of Virginia. He has previously been an Adjunct Professor at Saint Leo University and Marshall-Wythe School of Law at the College of William & Mary. He is a member of the American Bar Association, the Virginia State Bar, and the Hampton Bar Association. 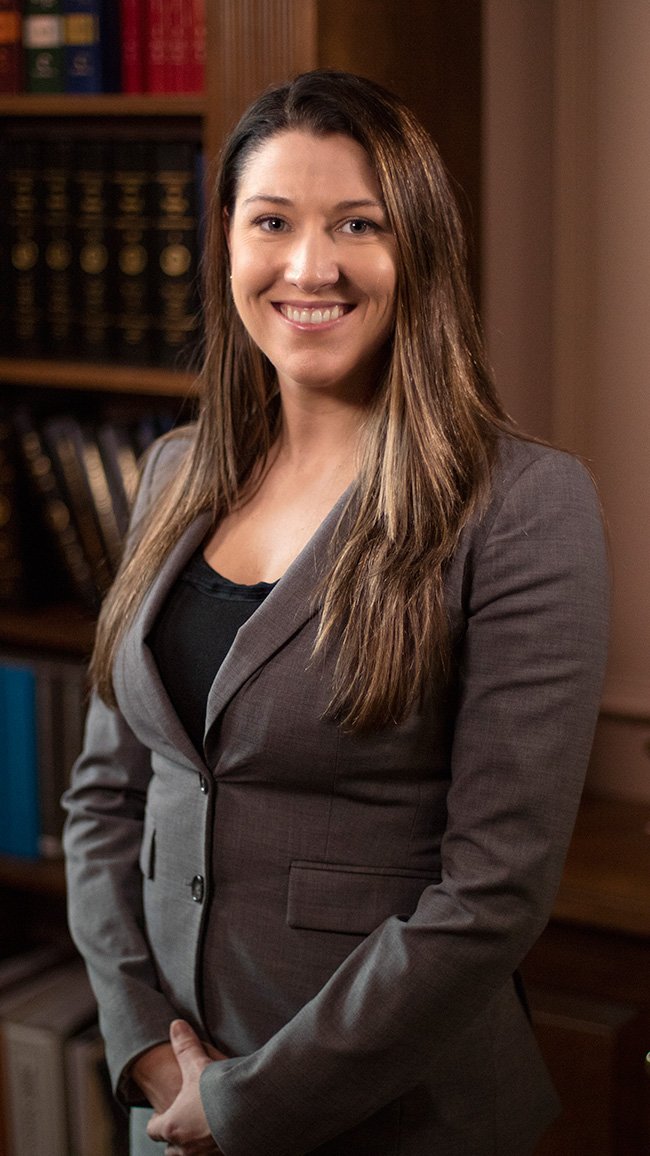 Sara R. Yohn grew up in Hampton, Virginia. She earned a B.S. in Economics from Virginia Tech, where she was inducted into Phi Alpha Delta, a professional law fraternity. Sara then moved to Winston Salem, North Carolina to attend Wake Forest University’s School of Law. While there, she served as a member of the pro-bono society’s board, and participated in the Children’s Law clinic. After receiving her J.D. from Wake Forest, Sara returned to the Hampton Roads area.

She, her husband Brian, and her son John Henry live in Newport News. Since beginning her practice at Clancy & Walter, Sara has undertaken a variety of legal matters including criminal, traffic, divorce, child custody and visitation, child support, spousal support, wills, guardianship, and civil commitment. Her main areas of practice include criminal defense and family law, and she is interested in expanding her elder law practice.

Sara is a member of the Hampton Bar Association, a certified guardian ad litem for minor children and incapacitated adults, and acts as a guardian ad litem representative for the York County Court Improvement Program. 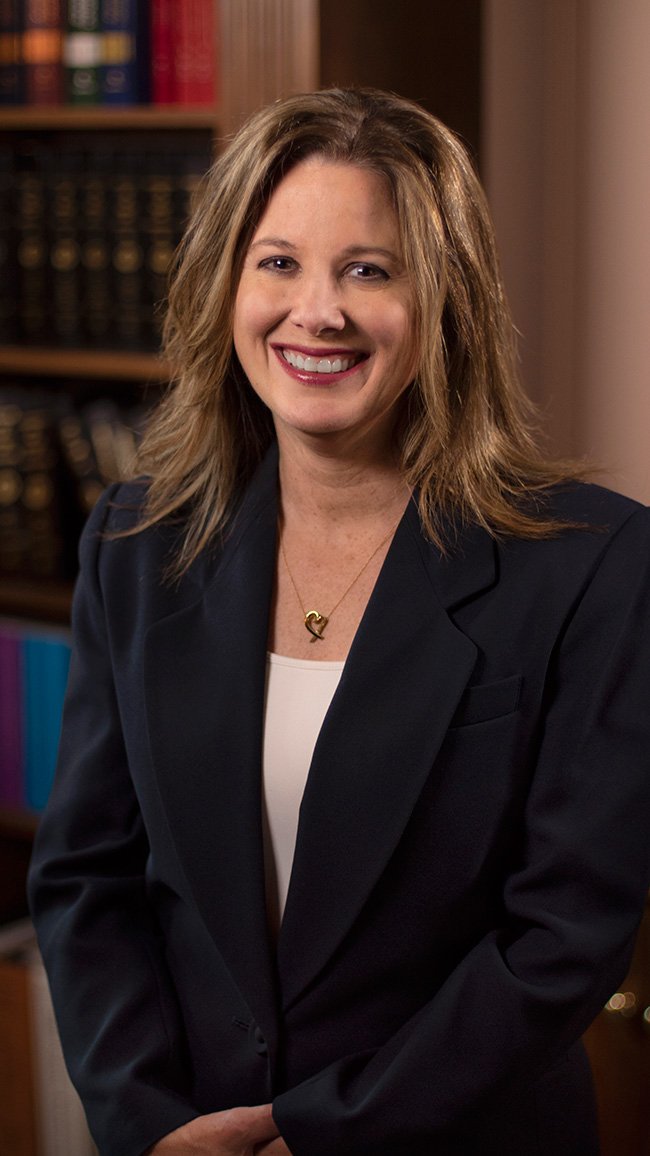 Lisa Mallory focuses her practice on civil litigation, including personal injury and medical malpractice. She also assists the partners in the law firm with their criminal defense cases, both in federal courts and state courts, as well as assisting with appeals to the Virginia Court of Appeals, the Virginia Supreme Court, the United States Court of Appeals for the Fourth Circuit and the United States Supreme Court.

Lisa grew up in Hampton, Virginia. She graduated magna cum laude Christopher Newport University in 1993 with a Bachelor of Science in Accounting. She obtained her Juris Doctor degree from the Dickinson School of Law of the Pennsylvania State University in Carlisle, Pennsylvania in 1997, graduating in the top 15% of her class. She was also a member of the Woolsack Honor Society. After graduating from law school, Lisa returned to Hampton where she has practiced law ever since. She is a member of the Virginia State Bar, the Virginia Bar Association, and the Hampton Bar Association. Lisa currently lives in Hampton with her much loved dogs.